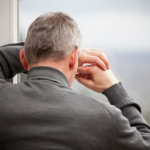 It was one of those memorable conversations…

I was sitting in my whale-size 15 passenger van in a busy parking lot having a phone conversation with a pastor about a host of thorny issues. At one point we waxed political. (I told you it was thorny!) He asked, “Did you watch when they hung Saddam Hussein?” Before I could answer he said, “I was sitting in front of the T.V. watching the last moments of his life—weeping…”

A torrent of emotion swept over him as he retold the experience. I didn’t need to see him; his tears and stuttering voice were vivid evidence of his sincerity. Not knowing this brother as an emotional type I was a little shocked that he was weeping but far more that he was weeping for a man whose dastardly deeds were well-known to the world. A man about whom reasonable people would say without reservation, “he’s getting what he deserves!” But this brother’s heart was deeply concerned for Hussein’s soul as he watched him transition into what he feared was a Christ-less eternity.

This brief clip in our marathon conversation impacted me greatly. In these politically perverted times, it is easy to comment with contempt and derision on our politicians, dubious leaders of other nations, reporters, and the CEOs of well-known companies. As I watch, the darkness; the blindness is stark.

My brother’s surprising response served as a reminder.

First, I am no better.

We are all debtors to grace. Jesus had to die for the “little” sins as well as the “big” ones. In a sense, little or big are of no consequence because each required the death of Jesus. When we see ourselves and our sin that way, we are cut down to size. We are humbled. We are given the wonderful opportunity to be reminded of our own debt to grace that we easily forget when indignantly focused on the “larger” misdeeds of others.

Second, I need to pray for the salvation of my enemies.

It is good to weep for dictators and those whose actions are clearly criminal and/or a complete mystery to us. It is hard to hate someone you are sincerely praying for. Our weeping can take the form of fervent prayers with our families around the dinner table. These people desperately need the grace of God (just like us). They need grace for the sake of their own souls and for the sake of the many, many people who suffer under their rule or influence.

Third, I need to remember where my real citizenship lies.

We are citizens of heaven. Everything of lasting value is there. Clearly, we in the West have lived through an unprecedented season of freedom and prosperity. A mind focused on this world, would look at my pastor friend and not understand the weeping. But his weeping shows a heart properly aligned with the values of his true citizenship.

I am optimistic about the times ahead. Not because I think life is going to get easier. I wish it would, but it will likely get harder and many of us will probably suffer. But God is no stranger to dispensing unmeasured grace and mercy in the harshest of circumstances.

My optimism is instead based upon my confidence that our Sovereign God is working through every detail to build his Church. He is making us more like who we already are in Jesus and he is using us to do eternally rewarding work—dispensing true hope and joy to those who are being swallowed up by the darkness of our times.

God has a plan that will not be thwarted by any human or principality. His plan operates on a different set of rules. And we who are in Christ have already benefitted beyond measure. We are ambassadors of hope and joy to people who need it, including ourselves. By the power of the Holy Spirit, we will be able to share this good news, see righteousness pierce darkness and witness an abundant harvest for King Jesus.