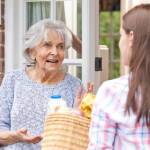 Part three: Be Willing to be Taken Advantage of

My sweaty neighbor was standing in my garage asking to borrow a drill. (It had something to do with his daughter’s swing set). Turns out, the battery to my Ryobi cordless drill was dead as a doornail –as usual. But then, I remembered that I had another drill, a much better drill. A Craftsman electric drill to be exact. I was about to offer it to him when the thought hit me, “Will I ever get it back?”

While I don’t believe for one moment that it was in my neighbor’s heart to take advantage of me, was I willing to suffer loss in order to demonstrate the gospel through this act of kindness? Let’s suppose this neighbor’s motives were of a devious nature. Let’s also suppose that I even knew he had the type of project that could cause harm to a drill, and although he had a drill, he chose to ask to use mine in order to save the wear and tear on his own drill. If you were in my situation, would you still loan it out?

Perhaps the issue is not loaning. Perhaps there’s resistance to simply give something away. Or, perhaps the situation calls for you to buy something for them that you feel pretty sure they could buy for themselves?

I remember a moment when a neighbor needed cat litter. (I don’t have cats, but have you ever checked into the price of cat litter? It isn’t cheap!) Can I afford to spend $ 50 on cat litter? Was I willing to do it whether or not he paid me back? If we’re honest, in our worst moments, we do these mental calculations.

Jesus was willing to go far beyond being taken advantage of; he died for us, the Bible says, “while we were still sinners”. When Jesus died, he was shown absolutely NO sense of appreciation by the people he did it for. He knew this and did it anyway…and did it with joy.