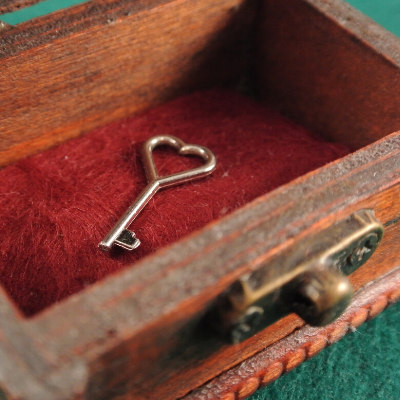 “Getting to the heart” is something we know we should do but honestly, wouldn’t you rather just clean the bathroom? I remember someone giving me a list of 14 questions to ask that “get to the heart”. Why even try? Scripture, though, tells us a simpler way.

If you want to get to the heart, simply define the treasure driving the person’s actions. What is it they want? The more you get to know a person, the more easily it is to discern what the various treasures are that steer their hearts toward good or evil.

One of my boys clearly treasures building and racing cars. He is actually quite skilled at it. That is his treasure with a capital “T”. This is so obvious that his siblings even sometimes joke when he is racing on Xbox… “He’s worshipping at the shrine again!” When work is not getting done, the reason usually is that his heart is being overtaken by this other, competing treasure. Getting to the heart of the matter has become a bit easier when we simply ask him, “Which treasure are you/were you seeking when you spent 2 hours playing Xbox when you should have been cleaning the kitchen?”

The interest in cars is not inherently sinful, in fact it is part of what makes him unique. God has gifted him with unusual knowledge and ability for someone his age. How God uses that will be very exciting to see. But when he seeks that treasure to such a degree that he is not doing what he is supposed to, then he knows that he has made that treasure an idol which has produced, various forms of “evil” in his actions…not doing the good he’s supposed to do.

One of the benefits of looking at the heart this way is that it helps us (especially as parents) avoid making an otherwise good thing, bad, which can be quite damaging. Sometimes, the treasure is inherently evil and it has to be declared as such. But the nature of idolatry is that it usually starts out as something good that we end up making bad when we depend on it (treasure it) to provide for us what we can only find in our Lord Jesus Christ.

Thinking about the heart in terms of treasure brings clarity to what is going on in a person’s life so that corrective action can be taken.