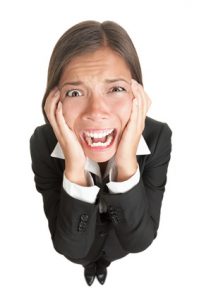 Yes, we need to be called to Jesus; not once, but every day! Whether or not Jethani meant that exactly, I don’t know.  But what does it really mean? let me offer an example.

I had a conversation with one of my children the other day. This child was dealing with an idol of control which evidenced itself in angry, frustrated, fearful behavior. It took 45 minutes of relationship-required conversation to get to the nub of the issue: she needed to see that her happiness in life was not tied to her ability to control a certain situation she was facing. She did not need therapy. She did not need to be at the church building on Wednesday evening at 7:00 pm.

She needed the person of Jesus.

Because she is “in Him” (Col. 3:13); because he himself is her life (John 14:6), because in his presence she can experience pleasures forever (Ps. 16:11) she could in fact be happy and did not need to control the situation. This was my message to her…and she took it to heart.

Our need every day is to see Jesus in all of his glory. We need to become intimately familiar with who we already are in him; and we need to intentionally dwell (2 Cor. 3:18) on Him. By dwelling on Him, we are better-equipped to expose and defeat the idolatrous lies of the Devil. We are also motivated to greater obedience; obedience which glorifies God because it is obedience that is done out of joy in God first and foremost, not duty, or an attempt to gain brownie points with God.

I suggest that this is how we must understand being called to “Someone”. It is a calling that we are to intentionally remind ourselves of every day, and not just once. 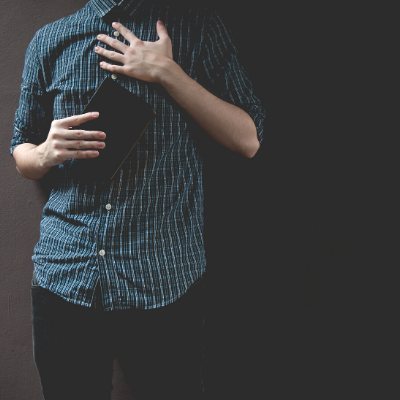 Helping People with Their Unbelief 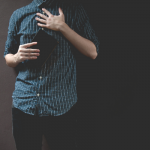 The book of John is pregnant with the theme of belief. It’s palpable and yet it is often lost on the people to whom Jesus is ministering including at times his own disciples. Today, we share the same struggle with unbelief. Do we realize how great of a role “belief” (faith) plays in our daily choices and should play in our relationships?

In John 6, the disciples asked Jesus, “What must we do to do the works of God?” Jesus replied, “The work of God is that you believe in Him whom he has sent.”

Belief Is a Vital Tool For Life

Belief (faith) is not just the key that opens the door to reconciliation with God.

Belief is also the means by which we walk with God and become more conformed to the image of His Son, Jesus Christ.  What we think, say, and do is always precipitated by belief, either in what God has said, or Satan’s lies. This is in fact what we see in Genesis 3 when Satan tempts Eve.

After we have acted on a belief in Satan’s lies (sin), belief is also the means by which we agree with God about our sin, confess it, repent of it and correct it.

Actions that glorify God are always preceded by belief in God (Rom. 6:11).

Our job in relationships (as fathers, mothers, spouses, sons, daughters, brothers, sisters or friends) is ultimately to help each other believe God; to believe the truth which is God’s view on any situation. Unfortunately this often gets lost when we focus too much on fixing outcomes.  Helping people think intentionally about how what they believe affects what they do involves helping each other discern where belief is centered in a given situation. Is it in God’s word or in Satan’s lies? It then involves helping each other believe what God says about the situation so that obedient, God-glorifying action can result.

Thinking this fundamentally—this simply—about our job in relationships is clarifying and helpful. It helps us understand and redemptively deal with the “why” behind what we do.

Take for instance someone who is depressed. The “why” of their depression may be that they are facing a financial crisis. But why is the crisis causing them to respond in a sinful, i.e. depressed, way? The root cause could be that they do not believe that God is enough for them even when a real financial crisis looms (Pro. 18:10, 2 Cor. 12:9). It could be that they don’t believe that God can provide for them, even though it may come from sources they’d never expect (Matt. 6:33, Phil 4:19). Chances are, they are not thinking about the problem on this “belief” level.

Let’s consider a regular case of two siblings fighting. (Something not unheard of in my house.) In some cases, the “why” of the fight is that a toy is not being shared. There is near bedlam. What is the belief that is directing the child’s selfish actions? Each child believes that in order to be happy, he/she must have that toy. Therefore, he/she fails to believe that Jesus provides enough happiness whether he/she has the toy or not (Ps. 16:11, John 10:10).

I realize that this may sound awkward or way too impractical. But herein lies the problem in the church and in the home. We are poor theologians. We think little about God and too much about ourselves.  We are all affected by a world that hates the glory of God and wants quick, painless answers to problems so that we can feel better about ourselves and get on with our own personal agendas.

The Challenge of Helping Unbelief

We need to get beyond platitudes, tips, good wishes, and techniques which often stop at behavioral change and bypass the heart and therefore do not transform. Only God transforms. For Him to transform us, we must see Him as he is revealed in Scripture. We must know Him…and believe him.

Done well, this requires much more than the typical lightweight garden-variety relationships that are so prevalent in churches and homes today. It requires depth and trust which is developed over time.

The request of the unnamed father in Mark 9:24 whose son Jesus freed from demonic possession should be our daily prayer, “[Lord] I believe, help my unbelief!”

Are your relationships deep enough that you can ask another person, “What does what you just did reveal about what you believe about God?” That’s a question that gets to the root of the issue rather quickly, doesn’t it?

Jesus’ example of helping people with unbelief is also a model for us. Are we following his example?