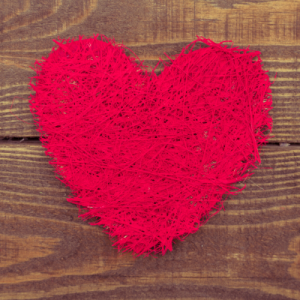 It was an unusually crazy week at my house. Our routine was completely non-existent. Think bumper cars and you get the idea. All week long, one of my sons had a particularly bad attitude about basically everything. It was Saturday night and I was giving our two youngest kids baths when he marched like Patton into the bathroom wanting to talk about how unfair life was.

I knew it was an important opportunity. But if I am anything, I am a simple man with one brain and one mouth—for good reason. Sensing this to be at least a one hour conversation, I told him it was not the right time. “Later”, I said. “Later” came and went without the conversation.

“Let’s Take a Walk”
The next day, the situation had not improved. Leslee and I felt like a cross between air traffic controllers and Disney’s Tinker Bell especially with some of the kids seeking to arrange all sorts of wonderful outings with their friends. On top of all that, I was preparing to leave for a week. Nerves were frayed and conflicts abounded. It was way too much. But in the midst of it all, Leslee asked this one son to go on a walk with her to have the conversation that I should have had the night before.

This ended up being about a two-hour walk around the block. When they returned, I was shocked at how my son’s countenance, demeanor, and tone had changed. He confessed his bad attitude among other things.

Leslee isn’t a professional counselor. She didn’t have a five point outline she planned to cover.  In fact, as she told me later, she really didn’t have any idea what she was going to say.  They just started walking and she asked what was going on in his heart.  It took some time, but things started to unpack.  By the time they had finished “the circle” and would have normally headed home, he asked, “Do you want to go around again? I have more to talk about.” This happened a second time.  A day that was looking like a fast moving train wreck, ended on a very sweet note.

My wife saw how important that conversation was at that point in time. She saw how it represented an opportunity to work in the life of our son and she was willing to turn away from a long list of important things that needed to be done that I’m sure that she could have rationalized doing instead of taking a long walk with my son. She chose rightly. Would that I was more consistent in making these opportunities. It is a constant challenge for me. Thankfully, God is gracious and merciful.

Come to Terms With Inconvenience
As Leslee and I debriefed later, we were reminded of a very important fact.  Relationships are messy and inconvenient!  It would have been much easier to just get through that chaotic day, proceed through the week hiding behind frenetic activities hoping things blow over.  The problem is, we do this too often.  We schedule sports and practices, errands and meetings, even exercise instead of taking the time to deal with the mess.  That mess doesn’t go away, it morphs and festers leading to bigger problems down the road—that in God’s providence, we still might not avoid.

We are all busy with life. Everything seems urgent. Urgent often wins out over important. The important things—the things that often make the biggest difference in our lives—require that we make better choices. We all agree that applying the gospel in each other’s lives is important. But it takes time. It requires sacrifice of other good things. It involves setting and maintaining priorities. Let us be vigilant to take these important opportunities that God builds in to our busy lives!

Were you blessed? Forward this article to a friend.